As we’re now into Autumn and the days are drawing in, you may have started to see some guidance regarding vitamin D. Vitamin D is a fat soluble vitamin which plays a number of key roles within the body. Like many topics in nutrition, there is still a lot to be learned in this area, and differing opinions from researchers on what’s best. 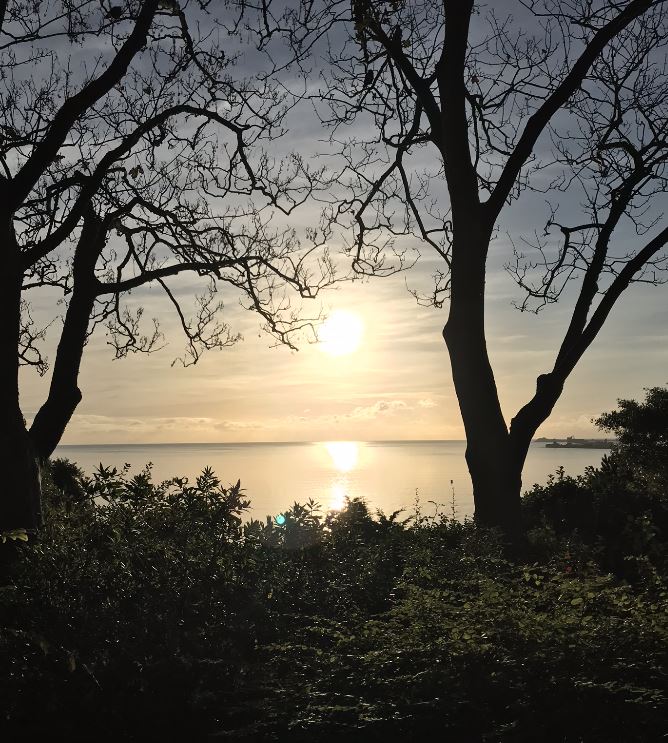 Why is vitamin D important?

Vitamin D is actually a hormone, and is probably best known for its role in calcium metabolism. It helps promote the absorption of calcium in the gut and helps balance the levels of calcium and phosphate in the blood, both of which are key for bone health. Additionally, it has roles in the immune system, cell health and the reduction of inflammation in the body.

Where do we get vitamin D?

Vitamin D is one of the few vitamins that we can manufacture ourselves. Often known as the sunshine vitamin, it’s made in the skin in the presence of sunlight, so generally during the summer months we get adequate amounts if we spend a reasonable amount of time outdoors. There are exceptions to this – people with darker skin are less able to manufacture vitamin D. Additionally, groups who spend less time exposed to the sun, such as the elderly (who may be housebound) are also likely to make less vitamin D.

There are relatively few food sources of vitamin D. The oily fish, such as salmon and mackerel contain reasonable amounts and there are small amounts contained in milk and egg yolks. Some foods, such as breakfast cereals and yogurts may also be fortified with vitamin D.

How much do we need?

There is no official agreement on what constitutes vitamin D deficiency or indeed optimal levels. The UK department of health defines low vitamin D as having levels in our blood lower than 25 nmol/l. Above this level, there is thought to be no risk of rickets (a condition where bone soften and weaken), but levels below this aren’t diagnosed as a clinical deficiency. Current public health guidance suggests that we should aim to maintain vitamin D levels at 25 nmol/l in order to reduce the risk of conditions related to vitamin D insufficiency. Other countries and researchers suggest differing levels – in the US it’s 50 nmol/l for example.

It’s really hard to establish how much sun exposure we need to ensure this level of circulating vitamin D because there are so many factors involved: genetics, strength of the sun, whether we wear sun cream etc. From a dietary perspective, a daily intake (known as an RNI or Reference Nutrient Intake) for vitamin D of 10 micrograms per day (μg/d), is the average amount needed by 97.5% of the population to maintain vitamin D levels when sunshine is in short supply. Again, this might vary depending on factors such as how well someone is absorbing nutrients from their diet.

In 2016, the UK brought in the recommendation that everyone should be taking a 10μg supplement of vitamin D between October-April each year.   During the winter we’re less likely to make adequate levels of vitamin D and may not get enough from diet alone, so supplementation is recommended to maintain that base level of 25 nmol/l. It is suggested that higher risk groups, like those in care homes or who cover their skin when outside, take a supplement all year round.

As is often the case, the evidence on supplementation is mixed. There’s actually relatively little research evidence for vitamin D supplementation as a preventative measure for bone conditions, preventing cancer or autoimmunity. However, it’s also very difficult to measure the effects of one specific nutrient through clinical trials, because there are so many variables. Taking very high levels may also be problematic due to the increased risk of hypercalcemia.   This occurs when too much calcium is absorbed and may lead to higher levels in the blood and potentially calcium deposits in the blood vessels and soft tissues. It’s also worth mentioning that vitamin K is also required for calcium regulation, so it’s important to ensure you are getting adequate levels alongside vitamin D. Vitamin K is found in green leafy vegetables and fermented foods, such as sauerkraut.

Taking the recommended 10μg/d (which may also appear on the supplement as 10mcg or 400iu) should be fine for most people. Multivitamins and other supplements may also contain some vitamin D, so be aware if you are already taking these. Many supplements contain much higher levels that this, which may be beneficial to people with very low levels of vitamin D. However, I would always recommend testing to establish your levels and looking at optimal levels of supplementation on an individualised basis under the supervision of a trained professional.